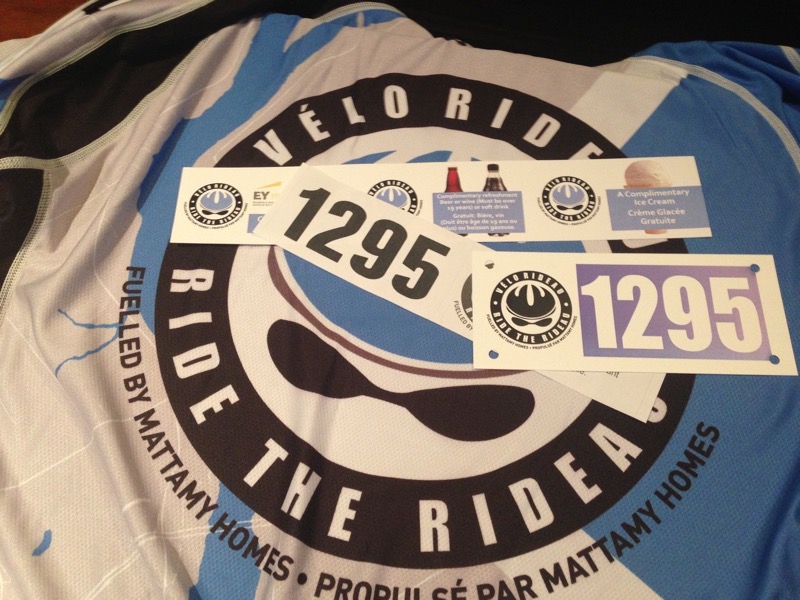 It is with a very heavy heart that I write this post.

My wife and I raised over $4,100 as part of the 2014 Ride the Rideau event supporting cancer research at The Ottawa Hospital. This is the 5th year for the event and we have been involved since it inception as participants and fundraisers. The event raised over $2.3M in 2014.

We signed up a few months ago to do the 100 km route (50 km and 160 km were the other options). It was a damp start to the ride but the weather looked promising. It wasn’t long into the ride before the rain started and stayed pretty much with us for the first 55 km to Kemptville. The rain then picked up for the next 15 km or so at which point it stopped raining. We passed the Swan (~75 km mark) on the way to the St. Brigid’s stop where colleagues were waiting for us. However, about 500 meters on River Road we were met with cyclists going the other way. They indicated the road was closed so we turned and followed them back the few hundred meters to the stop at the Swan just outside Manotick. Things then became clear very quickly. The road was closed due to an accident. Was it one of us? Seconds later we heard it was female cyclist and it was fatal. That is when time seemed to stop. All the kilometres, the pain, the rain, the potholes, it all gave way to sadness. My heart fell into my rain soaked bike shoes. We would only find out later that the incident occurred 10 minutes before we arrived.

I pulled out my iPhone and all I could find on Twitter was that it was a female cyclist. Our first thought was to notify our family and our kids that there was an accident but we were ok. We did not want them to worry about us, but more on that later. read more